Click here to edit the Social Media Links settings. This text will not be visible on the front end.

Summer may be the busiest season for home buying, but the early fall may be the best time to buy.

In the spring and summer, buyers with school-aged kids are anxious to move in before the start of the school year, while other buyers hustle to grab the most appealing properties on the market. Many people who haven’t snatched up a home by mid-September typically will table their search.
MORE FROM SUCCESS

You used to be work friends. Now you’re the boss

Dorm mattresses are notoriously uncomfortable. His startup aims to change that

Damage control: How managers can recover from common blunders

But now might be an ideal time for buyers to start shopping again. In late September and early October there’s still plenty of compelling inventory, less competition and sellers are ready to make a deal.
“The last week in September tends to be the best time to buy based on these indicators,” says George Ratiu, senior economist at Realtor.com. “You can call it the ‘Black Friday’ of home shopping.”
a
In 41 of the 53 metropolitan areas tracked by Realtor.com, the last week in September is expected to offer some of the most ideal buying conditions of the year.
In previous years, buyers faced an average of 26% less competition when comparing this week versus a typical week and yet there were 6% more homes on the market, according to Realtor.com’s analysis of data from 2016 to 2018.
At this time of year, nearly 6% of homes on the market have had a price reduction and are, on average, 2% cheaper than their peak listing, Realtor.com found.

Figuring out the right time to buy

Determining the best time to buy is more difficult than figuring out the best time to sell.
“Sellers want the most money they can get for the house and they want to sell it quickly,” says Jeff Tucker, an economist at Zillow. “Those tend to go hand in hand. If you list in the late spring or early summer, your property is more likely to go for the most money in the quickest time.”
On the flip side, he says, early summer can be tough for buyers. More people are looking to move over the summer to accommodate school schedules and, due to competition, homes more often sell above the asking price, according to Zillow data. For example, May and June saw the largest number of listings that sold over asking price last year and so far this year.
“If you have the patience and flexibility, shopping in September can be really rewarding,” Tucker says. 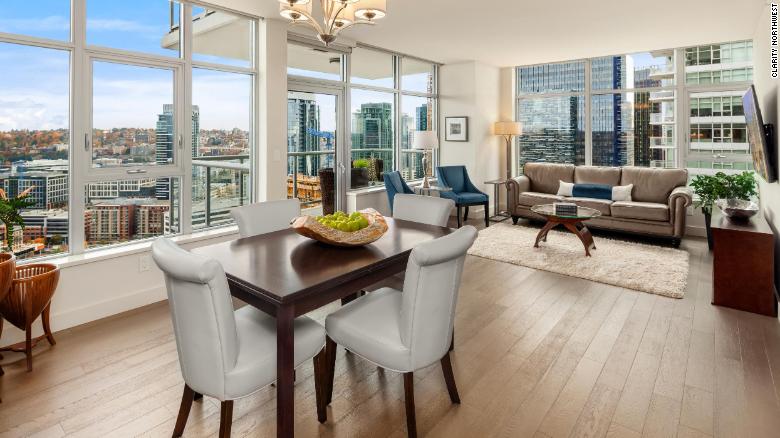 This two-bedroom condo near the Amazon headquarters in Seattle was reduced to $1.198 million from $1.395 million.
The number of transactions in September typically declines by about 15% to 20% compared to August, says Lawrence Yun, chief economist at the National Association of Realtors. He says sellers often start to reduce prices in order to sell before winter. But smaller properties — like small homes or condos — may not see much of a price cut because fewer families are in those markets and demand often remains be strong.
“There will be inventory in September and October, but by the time November approaches and into the holidays, things dry up quickly,” he says.
During the winter months, especially December and January, people are often selling only if they have to and they may be more willing to negotiate. But there will likely be far fewer properties to chose from.
In the early fall, the inventory has not been depleted yet and it may be marked down as well, says Tucker.
According to Zillow’s research,18% of listings last October saw a price cut.

Effects stronger in the West

Regionally the “Black Friday” effect is most pronounced in the West. Buyers in that part of the country will have 30% less competition this week than the average week, with an estimated 22% increase in the number of listings, according to Realtor.com.
Seattle is ideally situated for early fall buying, leading the nation with a 41% drop in competition compared to the average week, while at the same time having 41% more inventory. 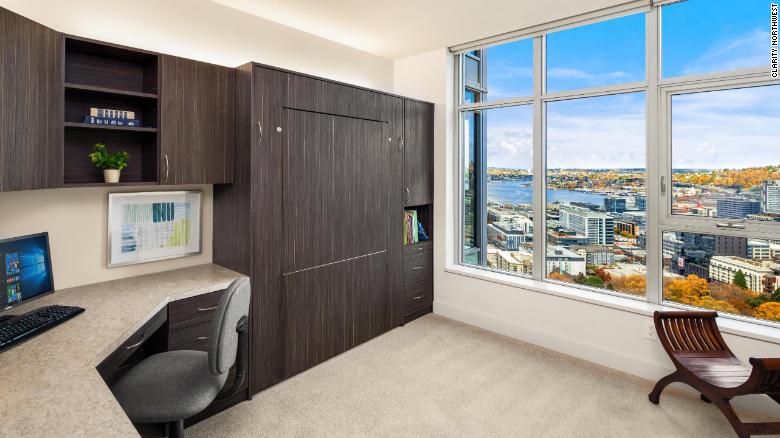 This two bedroom condo in Seattle is listed at $1.198 million, reduced from $1.395 million.
Early fall is the second busiest time for Kris Holden, an agent in Seattle who has been in real estate for 30 years.
“Good properties are still selling readily,” she said.
But sellers still need to price competitively to get their property sold before the end of the year.
“I’m still getting multiple offers on good properties but the days of properties regularly going at 10% over ask are gone,” she said. “It isn’t a buyers market yet, but isn’t a sellers market either.”
In a few hot markets in the country, buyers won’t get much relief no matter what time of year it is.
In New York City, for example, where fewer properties are dependent on outdoor charm and where families might be less driven by local school boundaries, certain parts of the market chug along without major swings, says Sal Crifasi, who has a real estate firm in Brooklyn.
“Where I do business in Brooklyn, Queens and parts of Long Island, if the property is priced accurately, which is under $500,000 in some areas, under $800,000 in other areas, there will always be people looking to buy no matter the season,” he says. “I’ve had offers accepted on New Year’s Eve. Where else do agents get that?”

Thank you for your inquiry.